Many Maori and Pacifica people were similarly against the Vietnam War. There were no specific anti-war Maori groups in the 1970s, but the young liberal group Nga Tamatoa, or the Young Warriors, formed in 1970, had declared themselves as being “particularly concerned at the manner in which young New Zealanders, especially Maoris, are being lured into the army for Vietnam service.” While there was little protest action from the Maori apart from Nga Tamatoa members marching in the first mobilisation in 1971, it is clear that many Maori were
opposed to New Zealand’s involvement in Vietnam just like the Pakeha. This period was during a Maori Renaissance period and while the Maori were not protesting against the war, they were protesting in many ways in regards to their more immediate concern of land loss. An example of this is the 1975 hikoi or land march from Te Hapua to the Parliament in Wellington to raise awareness of land grievances.

Many Polynesians however took a more active stance in their anti-war activism. In July 1972 a pamphlet was released entitled “Polynesians Unite Against the War” by the group Polynesians Against the War, the Polynesian Contingent of the Auckland Mobilisation Committee to end the war in Indochina. This group believed that the Pacifica people serving in Vietnam and the Vietnamese people themselves were both victims in a racist war.

Polynesians are oppressed right here in New
Zealand, so why should we be expected to oppress and destroy other people. The
government is responsible for sending Polynesians to kill Vietnamese. Since
Polynesians aren’t given equal educational, housing and job opportunities, it is
an easy way out for the government to export young Polynesians to Indochina to
do their dirty work for them and import them back in coffins. They deny us the
right to determine our own future whilst urging us to deny the Vietnamese
people’s right to self-determination.

- 1972 Pamphlet, ‘Polynesians Unite Against
the War’

Many women united together to express their anti-war stance. They held opinions which reflect the Polynesians’ justification for being against the Vietnam War by linking their own position with those of the Vietnamese. A National Anti-War Conference was held by women in April 1972 to “draw more women into active participation in the anti-war movement at all levels”. They held protest marches to demonstrate their views clearly to the government. 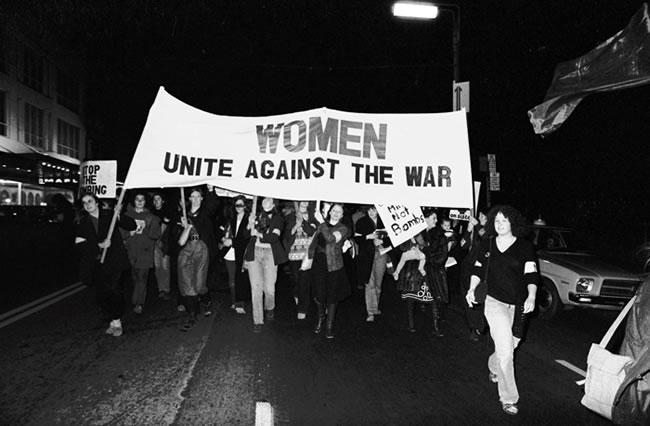 The group 'Women Against the War' lead a street protest march in Auckland in 1972. (Sourced: Submitted by Editorial Team on April 24, 2008, http://www.vietnamwar.govt.nz/photo/women-protest-against-vietnam-war)

The Vietnamese, like us, are demanding
their right to control their own lives. If we do not make our opposition known,
we are counted among the ‘silent majority’ who are supposed to support the war.
This government, this war, is dependent on half the population, women, not
acting.

- Pamphlet released by Women Against the War
in the early 1970s 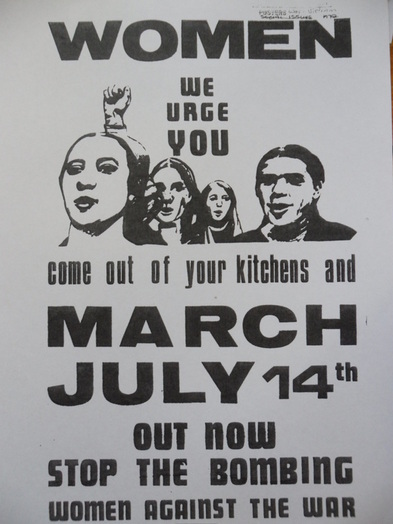