In the short term, New Zealand society became divided following the Vietnam War protests. Historian Michael King described the movement as a “civil war” which was “to divide New Zealand as never before.” The country was split into conservatives, often the older generations, and radicals, who were mostly comprised of youth. The conservatives were largely anti-communist, and felt that New Zealand
should be helping the United States in South Vietnam to combat communism, and some even felt that our contribution was not enough. The radicals felt that any kind of combatant contribution in this war could never be justified and we should only contribute humanitarian aid. The radicals grew from the hippie movement, but many became even more radical and were known as yippies.

While this only impacted on society in the short term, and “Vietnam has steadily receded from public consciousness” (Historian Roberto Rabel); the problem of division has never truly been resolved, and society is still somewhat divided over the issue of New Zealand’s contribution to the Vietnam War today.

Forty years on, the Vietnam War still
conjures up negative images, of controversy, debate and regret. Some believe
that New Zealanders fought well in a wrong cause, others remain convinced that
New Zealand’s effort was a justified response to outside
aggression.

New Zealand society was changed politically as a direct consequence of the anti-Vietnam War movement through its transformation of the Labour Party and change in foreign policy. In 1969 Labour declared that they would withdraw New Zealand troops from Vietnam if elected, despite their worry over appearing ‘soft on communism.’ When Labour came to power in 1972 they did just that (even though most troops had already been withdrawn.) Labour had taken the stance that they should be able to disagree with their allies and take a more independent position. This was contrary to the traditional and conservative views of the National Party, who based their military decisions on retaining alliances. Labour had ended the era of bipartisan foreign policy in going against the National Party.

The idea of ‘forward defence’ was also dissolved. There was a call for new thinking in New Zealand’s search for security in that we should not be so reliant on our allies. We were further developing our own national identity. New Zealand’s alliances with Britain and the United States were both weakened. Some radicals were calling for New Zealand to withdraw from the ANZUS alliance, but the Labour Party decided to instead employ a policy of dissent. This would later give credit to New Zealand’s anti-nuclear position.

The political stance of New Zealand would never be the same, with Labour going against National and decisions being based on our independent opinion.

From now on, when we have to deal with a
new situation, we will not say, what do the British think about it [or] what
would the Americans want us to do? Our starting point will be, what do we think
about it? 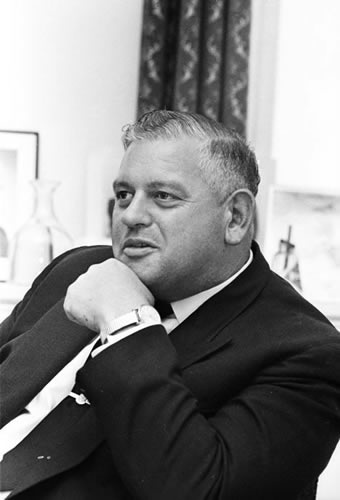