One reason why the New Zealand government felt obliged to send troops to Vietnam in spite of the fact that opposition later emerged was because she needed to keep her allies. New Zealand is comparatively a very small nation, and so she is dependent on collective security. Failure to support her allies will threaten this security, and mean a loss of support for New Zealand that she cannot afford. The ANZUS Pact of Pacific Security Treaty was one such alliance made between New Zealand and Australia, and the United States. It was signed in September 1951 and came into force the following year. This alliance meant that these countries would back each other in conflict which they were involved in.

New Zealand could not afford to lose this kind of alliance, especially with someone as powerful as America. The government now felt that they had to respond to the USA’s requests for support, who wanted to stop Vietnam from becoming communist as they saw this as a threat which would make many other countries also fall to communism, in a theory known as the Domino Effect.

Not only did the New Zealand government feel that they were required to help the USA because of their military alliance, but the USA put a considerable amount of pressure on the nation to gain their support, especially following the escalation of the war. Although militarily we would not have been needed in the war, America requested support from New Zealand a number of times from the
years 1961 to 1964. America was asking for “a strong ‘show of flags’ in Vietnam.” New Zealand responded to the initial appeal to back America and the South Vietnamese Army in sending a civilian surgical team to Vietnam in 1962, under the Colombo Plan (an alliance in which developed countries such as New Zealand offered economic and social development to areas in Asia and the Pacific), but this was not enough.

After Kennedy was assassinated, President Johnson (LBJ) intensified the war in Vietnam, starting with his fabrication of a North Vietnamese attack on two US ships in the Gulf of Tonkin in August 1964. In 1965, the bombing of North Vietnam began, and at the end of the year there were 184,300 US soldiers in the South. With this drastic escalation of the war, America called for further support from New Zealand. Australia had offered an infantry battalion, and the New Zealand government was feeling pressured to also offer more support. Now, if they did not send in more troops, New Zealand risked damaging the alliance between both of their ANZUS partners. On the 20th of October 1966, LBJ visited New Zealand to directly ask for support, which was the first visit to New Zealand from a United States President. New Zealand continued with its commitment of troops. At this time, the American President was welcomed with crowds of an incredible 200,000 kiwis. It was later on when people began to see the rising death tolls that dissent became more widespread. 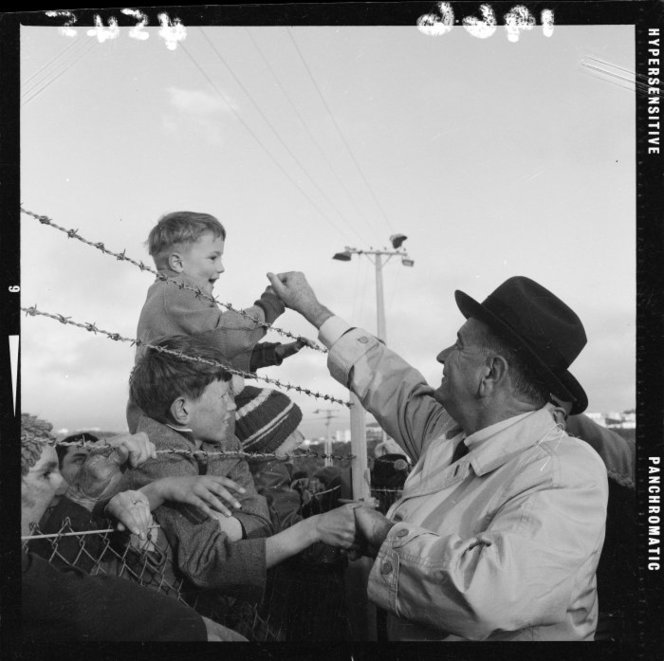